Layne Staley Didn't Burn Out
He Just Faded Away 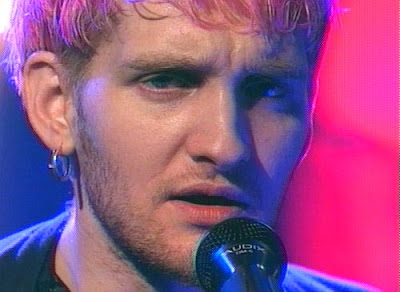 On April 19th, Layne Staley, the 34 year-old lead singer of Alice in Chains and the most influential rock vocalist of his generation, was found dead in his Seattle apartment. Judging by the decomposition of the body, Staley may have been dead as long as two weeks. Kurt Cobain took his own life on, or about, April 5th, 1994. Was the timing just a macabre coincidence?

Even though it was made official last week, Layne Staley really died a long time ago. He didn't do it in dramatic public fashion, with a single shot, like Cobain. Rather, he wasted away, a la Elvis, in a hermitic, drug-induced stupor, his spirit and then his body destroyed piece by piece. Pending the outcome of toxicology tests, no one will be surprised if heroin was involved.

Besides a love for drugs, Layne Staley and Kurt Cobain shared much in common. Their lives and their music intersected across a multitude of landscapes – some personal, many professional. Both natives of Washington State, they found themselves, in 1991, at the forefront of a Seattle music scene that exploded across the world. Cobain's band, Nirvana, played punk rock with heavy metal overtones. Staley's group, Alice in Chains, delivered heavy metal with a liberal dose of punk. Suddenly, everywhere you looked, it was cool for metalers to mosh and for hard core punks to bang their heads – converting new fans to each genre and adding credibility to both. This wonderful new hybrid was labeled Grunge and it was a concept the world was ready to embrace faster than you could say, "Axl Who?"

At the turn of the 90's, much like today, mindless pop ruled the airwaves and a bored, record-buying public was hungry for substance, for a sense that music, especially rock, still mattered. Like any powerful new religion, Grunge had larger-than-life icons ready to supply instant soundbites of self-promotion. The Holy Trinity, in effect, was Kurt Cobain, Courtney Love and Eddie Vedder and they blessed this new punk rock, making it easier for deserving bands like Mudhoney, Soundgarden, Tad, Screaming Trees and Afghan Whigs to follow in their wake.

Alice in Chains never quite fit the purist's mold but they sold the music to the average Metallica fan and this just heightened the cross-pollination of the species. AIC's 1990 debut album, Facelift was the first certified Grunge hit – powerfully dark and unrelenting Dirge rock with cheery titles like "Man in The Box" and "We Die Young." Their follow up, Dirt, sold 4 million copies.

Dirt was Staley's tour de force masterpiece. It seemed to crystallize everything Alice in Chains had been trying to achieve thematically and it did so in commanding fashion. Heavily injected with musical and lyrical hooks, Dirt was a documentary of sorts, a day-in-the-life of a disturbingly content junkie. In the hands of lesser talent, the album's one-note tales of gloom and despair might have seemed calculated. But Staley pulled it off with blunt conviction and an absence of self pity, mixing art with his real life in a potent recipe for oblivion.

In "Junkhead" he brags, "What's my drug of choice? Well, what have you got? I don't go broke and I do it a lot." The album's title track was even more to the point. "I want you to kill me and dig me under. I want to live no more." While Staley plumbed the lyrical depths, guitarist Jerry Cantrell, drummer Sean Kinney and bassist Mike Starr elevated the music with majestic metal riffs and tight, glassine production – songs like "Would?" and "Rooster" became instant anthems for a new generation of disaffected slackers.

Like many of his contemporaries, Staley always labored in the shadows of Kurt Cobain's brilliance. Much has been written about how Nirvana's Nevermind changed the face of music, making Cobain the most influential artist of his time. But, when you turn on the radio today, it's Layne Staley who has become the common voice and the most copied rock vocalist since Michael Stipe or Mick Jagger. His diaphragm-driven growl laid the foundation for modern metal – from Stone Temple Pilots to Queens of the Stone Age to Staind to (gasp) Creed to all things Ozzfest. STP's 1992 breakthrough hit, "Sex Type Thing" sounded more like Alice in Chains than Alice in Chains did. Was it Weiland or Staley singing, "I know you want what's on my mind?"

To their credit, Staley and Cantrell continued to evolve and by the time of their perfecto 1996 appearance on MTV Unplugged, the band had developed a rich catalogue of material. The live performance was one of the group's finest moments. Listening to their voices seamlessly harmonize on "No Excuses" and "Brother" was to rediscover vintage power trio crooning – shades of Clapton and Jack Bruce in Cream.

This high water mark signaled the beginning of the end for Layne Staley. His remaining years were spent in a mute, self-imposed exile, getting high and watching TV. Many of his peers had become ghosts in a career field with no retirement plan. Depressed souls can suffer up here in the pines where the sun don't ever shine. The dark clouds that perpetually smother Seattle hovered over the short lives of precious native sons like Jimi Hendrix, Andrew Wood of Mother Love Bone and Kurt Cobain. Mia Zapata of the Gits was brutally murdered in a 1993 case that remains unsolved.

One of the sadder aspects of Staley's slow capitulation was how he got written off. Many people presumed he died long ago. Such is the fate suffered by terminally-minded rock stars who choose not to burn out, but to fade away. Had Layne nodded off the night after his 1996 Unplugged rebirth, he might have theoretically been chiseled into a Seattle rock n' roll Mount Rushmore, along with Hendrix, Wood and Cobain.

Instead, his body lay unclaimed for two weeks in his University District apartment as those who might have presumed to care about him never bothered to check on their desperately ill friend. Perhaps this says more about the pain of being Layne Staley than all the lost opportunities and grave robbers ever could.