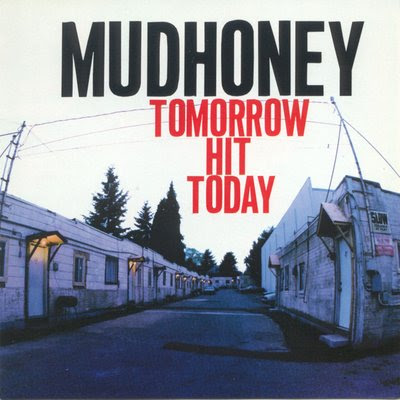 There are two things to admire about Mudhoney. The first is their tenacity. In 1998, two years after grunge officially crashed and burned, scattering the musical landscape with bits and pieces of once Godhead bands, the fact that Mudhoney remains intact and on a major label, is revolutionary.

Purity is the other quality that defines this band. Determined to be the ultimate iconoclasts in the ultimate alternative scene, Mudhoney were too much the punk misfits to be caught up in the hype. Vocalist-songwriter, Mark Arm, arguably the most influential rock musician to emerge from Seattle since Jimi Hendrix, navigated his seminal 80's band, Green River, to a critical high-water mark. Yet, he had to stand by and watch while two of the group’s members later became superstars in Pearl Jam. Mark may have deserved better than his relative obscurity. But what's fame, money and recognition when respect and credibility are on the line?

Tomorrow Hit Today could have been released anytime in the 90's; it's the same mid-60's, psychedelic, garage-rock party that has become Mudhoney's trademark. Track #1, "A Thousand Forms of Mind,” hooks you from the first fuzz-drenched, Fender riff as Mark Arm's typically disembodied vocals float precariously over the eerie wails of a Vox organ. "Oblivion" plays to the band's strong suit – creepy Delta Blues guitars mixed with cynical punk-humor lyrics. In our Prozac age where pain is something to be numbed instead of dealt with, Arm's characters find oblivion through Karaoke or dropping out of the drug society for something far more sinister. "He left town because it could not get any worse/ Moved to Santa Fe and increased his girth/ Dropped a spoon and picked up a fork/ On a commune making pictures of the earth."

The nitpickers among us might argue that Mudhoney has said all this before and more convincingly, but looking for musical "growth" is not what this band is about. The credo here, "if it ain't broke, don't fix it," applies. After 10 years, Mudhoney has become the Energizer Bunnies of rock, still kicking out the jams while the rest of their grunge brethren ran out of gas some time ago.