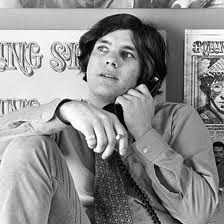 Rolling Stone, the last general interest, major magazine to cover music and politics that matter (Spin doesn't count) announced they are unveiling a new editorial format that will bring them into parity with other tits-and-ass-on-the-cover tabloids. Ed Needham (an Englishman??), who used to run laddie mag FHM, is replacing Robert Love as editor. The following letter to Chairman Jann Wenner explains more. It seems circulation at Rolling Stone has steadily declined, so Mr. Wenner has decided if you can't fight magazines like Maxim, you might as well join them.

You better believe that Wenner will be listening to the responses of his readers. The last thing he wants is to alienate his hardcore readership AND continue his circulation decline. Anyone who is appalled by this disturbing development should write to Jann.Wenner@RollingStone.com. All it takes is a sentence like "Bring back my magazine, you Yuppie toad," to register your opinion. If you think RS already sucks, then guess what, now they suck even more...

If Kurt Cobain or Jimi Hendrix were still alive and making music today, the only mass-distributed magazine that would put them on the cover would be Guitar Player. Think that's an exaggeration? Visit your local newsstand and step into the Booty World that publishing has become, an endless parade of anorexic, smirking flesh plastered across countless magazine covers, promising nothing more than the dumbing down of popular culture. Et tu, Rolling Stone?

Last year, System of a Down released a daring record, stunning for its original mixture of ethnic folk melody and brutal metal riffing. This year, The Strokes were equal to the challenge, pounding out a killer album that paid homage to 70's new wave and made it safe for radio to rock once more.

Neither of these landmark groups got the cover of Rolling Stone. How could they? Rolling Stone has been divorcing itself from rock and roll for a long time. Who needs The Strokes when slapping Natalie Portman on the cover will sell 50,000 more newsstand copies?

To understand how these quick-fix sales solutions are the equivalent of a record label that expects immediate profits from new artists, is to appreciate the difference between developing long-term relationships and pursuing a one-night stand. Build something of substance and you create support that sustains you for years. Get in and out in a hurry and you wake up the next day with nothing. It's not about economics. It's about giving legitimacy to the brand and the Rolling Stone logo. In the end, all you carry through life is your good name.

Unfortunately, it's more than the times that are-a-changin. In the last five years, our culture has embraced irrelevancy and turned media whores into household names. More than ever, we worship shallow pretenders. Ask nice guy, Chris Judd, who wed a morally-bottomless business corporation named J-Lo and found out the hard way that celebrity marriages these days are measured in months, not years. Is it that much of a shock? Disposability and convenience have become our new religion. Absent boomer parents baby-sit their kids with hideously violent video games. Forget Generations X, Y and Z. We all seem to be living in Generation A.D.D. Today's average youth barely reads anymore, since it cuts into his computer time.

I've been a Rolling Stone subscriber since 1982. Does that make me what The Los Angeles Times called the "Aging Rolling Stone mid-life crisis reader?" Just when was it a crime to buck the trend towards the New Illiteracy? I guess the message here is that only old folks read an article longer than a page. Therefore, people who don't read much are the target audience for a magazine. To protect this precious demographic, should we dispose of writers like P.J. O' Rourke, Hunter S. Thompson and the continually brilliant Peter Wilkinson, whose article last year on air rage should have won a Pulitzer?

Jann, Rolling Stone built its reputation around your editors' marvelous ability to let a story breathe, to provide detail and involve the reader. How are you going to do this with your new editorial-lite format? Are you going to be more ironic and raunchier and more self-conscious and harder and hipper than Maxim or FHM? I've got news for you, you're not. You're going to look like someone's granddad with a fresh buzzcut, lurking outside a junior high school, trying to score some E.

I'm just glad this notion didn't occur to you sooner. Instead of John Lennon on the cover of your debut issue in 1967, Rolling Stone could have featured Raquel Welch. Instead of Pink Floyd in 1975, readers might have become better acquainted with Charo. Screw Nirvana in '94, your legacy for covering artists who define their generation required an expose on Anna Nicole Smith.

I guess it really is panic time at Wenner Media. The new editor at US Weekly has literally devastated this once halfway decent mag by going for the celebrity raunch and I'm willing to bet People magazine is still killing your sister publication in single copy sales and subs.

Hey Jann, I know you're running a business and business has been better. But joining the pod people isn't the answer. There has to be another way. There has to be room for a well written and exceptionally edited, general interest magazine that aims for the brain and the heart instead of the crotch and the wallet. I've been in enough editorial and creative meetings to know that you can lead the reader in any direction you want. Personally, I think people are smarter than given credit. I think they should be elevated to think, not talked down to and condescended.

My sixth grade teacher once told me something that has been ingrained in my head ever since. She said, "Learn to recognize your strengths and make them your priorities." Rolling Stone never wavered much from what it did best. Warts and all, it was the only major magazine to cover music and politics in a way no other publication could. It seemed to bridge the gap between many stratified and disconnected subjects (music criticism, human interest stories, sociopolitical manifestos, celebrity profiles), wrapping them smartly together in a twice-a-month format that was frequent enough to be newsworthy, timeless enough to be saved from the round file.

Rolling Stone was growing moss but it was reliable and trustworthy. It reached across the widening chasm of demographic segregation to embrace anyone and everyone who embraces pop culture (i.e., the entire planet). That didn't make the magazine revolutionary but it made it unique.

Now what? Where are we going to read in-depth articles of substance like the amazing pieces you've done on the drug wars, or on the presidential elections ("Is Bush Dumb?") How about Charles M. Young's phenomenal story about the crazy Evel Knievel imitator who jumps small CC motorbikes? Will this kind of stuff just be excerpted in the "new and improved" Rolling Stone – littered with banners, sidebars and blurbs?

Jann, every great leader is forced to make decisions that define their legacy. You started out publishing a magazine that was unlike any other. Don't quit now.

Posted by Brian Bentley at 6:42 PM No comments: