What’s Wrong with the Music Business?

I Just Wasn’t Made For
These Times
August 10, 1999
By Brian Bentley 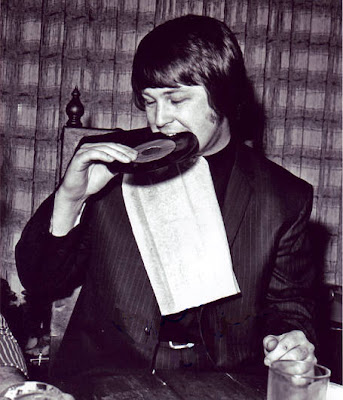 God Only Knows how much I'd love to see Brian Wilson write just one decent song again. His new album, Imagination, is pretty much devoid of it, and the guy seems only slightly less sad than the state of popular music as we close in fast on the millenium.

Music (or is it the music business?) has been going down faster than Monica Lewinsky on a three day pass to Camp David. But, as any rehab counselor knows, it's necessary to hit rock bottom before you can crawl back up. That's why they invented the blues. And if you don't think the blues can still rock, check out the latest Mudhoney album.

A look at the industry big picture is enough to make anyone refill their Zoloft prescription. Many record companies pay only lip service to "artist development," trying to convince us that bands like Matchbox 20 and Third Eye Blind are actually focusing on "careers." Today's post modern, one-hit, radio rock wonders quickly become yesterday's Verve Pipe, with no safety net to catch their fall – like a bottle rocket that plummets to earth the instant it peaks.

According to my industry sources (who will remain anonymous for their own peace of mind), approximately 28,000 records are released every year. That's a staggering amount of product to find shelf space. Less than 5% of these albums achieve sales of 10,000 units or more. Is it any wonder that a major label like Columbia can't afford to lose Celine Dion because she literally keeps the checks and advance money flowing to develop the next Beck? Cost effectiveness translates to survival. But what's the value of a great idea – especially one that won't turn a profit until the third or fourth album? Can a label of any size afford to wait that long?

Since Nirvana's breakthrough is generally credited as signaling the start of the last great commercial rock era, it's interesting to note what happened next. While Nevermind was the single most influential rock record of the 90's, its mammoth sales weren't as important as its cultural impact (like the buzz Hendrix and The Who gave our forefathers at The Monterey Pop Festival).

Nevermind as well as Pearl Jam's Ten, changed the way record people regarded their profession. The workplace became exciting again. But the minute Seattle was besieged by A&R scouts desperate to sign anyone in a flannel shirt, Grunge headed south. The polarity and suffocating trendiness of present day society only fanned the winds of change. With Kurt Cobain's shotgun providing the final ringing note, Grunge left the building with no encore planned.

Today, any hard rock group with a guitar, bass and drums line-up that seriously expects to succeed would be best advised not to quit their day jobs. As for Seattle, it's becoming a disturbing new verse for "The Needle and the Damage Done." Layne Staley, lead singer of Alice in Chains (much like Stoned Temple Pilot, Scott Weiland), is a drug vegetable, a dead man walking. His co-dependent bandmates have been forced into half-baked solo records and assorted side projects. Aside from the A&M brass who pressured him to fold Soundgarden, does anyone give a damn about a Chris Cornell solo album?

Now go figure the Screaming Trees. In 1996, they released one of the best albums of the year, the quickly-brushed aside, Dust. By 1997, the band was on "hiatus" while Mark Lanegan dried out in L.A.., a modern-day Lizard King, complete with damaged vocal chords from booze and heroin. Meanwhile, Mercury Records' new A&R temp, Courtney Love, helped sign Radish, a much-hyped Midwest band who produced a dismal first record. After the mean-spirited frenzy of the Grunge crash, will anyone care to listen to their second?

The astute reader might ask the inevitable question, "So What?" For starters, just turn on the radio or MTV. Are either as good as they were five years ago? Now ask yourself. Is it because there's no more challenging music, or is it because good music has even less chances to be played? As playlists on both radio and MTV tighten and liquor conglomerates buy labels that have already amassed huge debts, diversity becomes the unheard music. When an over-the-hill dinosaur act like R.E.M. is guaranteed upwards of 100 million dollars, is there any money left to develop and promote Grant Lee Buffalo?

It's a complicated issue made up of simple choices. Will today's multi-talented, 18 year-old start a new band or a film production company? One thing is certain. If every man, woman, and child launched their own record label or pirate radio station, it would be a mess. One big, beautiful mess. Like Brian Wilson used to be – when he still took risks. But then only a fool takes risks when all you have to do is shut up and play the game.