America Loses Its Shit After 9/11

A Nation in Panic Mode
October 1, 2001
By Brian Bentley 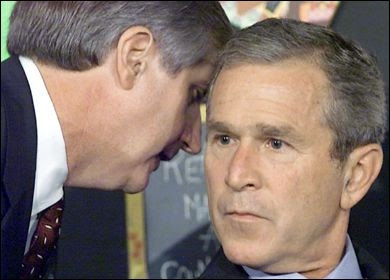 The U.S. continues to suffer the psychological effects of last month's World Trade Center attack. As Americans come to grips with overwhelming feelings of anger, guilt and despair, they are dealing with it in different ways. Yes, even though we are still the greatest country this side of the Mexican and Canadian borders, we need to look deep inside and deal with the depression as individuals. If you are an American who is not deeply depressed, then there must be something wrong with you. And if you doubt the leadership qualities of our newest hero, our duly semi-elected President, George W. Bush, then you're an unpatriotic subversive. Let's make this perfectly clear. WE don't like you.

"God Takes The Fifth"
God, under increasing pressure to choose a side in the upcoming Third World War, has been decidedly noncommittal of late. While he obviously can't condone mass murder, his Holiness is apparently dismayed by the continued success of the Rosie O' Donnell show.

"Battle of the Network Taglines"
CNN is threatening to sue CBS for appropriating the tagline, "America Fights Back." Sources report that CBS had entered into a handshake agreement with CNN to wait until the latter news organization had debuted their upcoming, much-anticipated slogan, "America Carpet Bombs Afghanistan."

"Doggone"
Bunky, the adorable miniature poodle from Sparks, Nevada has died. The pugnacious pooch came to national prominence in a recent People magazine article that illustrated the many creative ways Americans are showcasing the flag. Tragically, Bunky's homemade Stars and Bars sweater was snagged in an idling power mower and America's tiniest new hero was decapitated.

"Irony Pronounced Dead"
After 26 successful years, Saturday Night Live has announced plans to abandon its scathing, Emmy-winning format of political satire. 92 year-old SNL creator, Lorne Michaels, broke the news to shocked NBC Network affiliates, Monday. In the wake of the terrorist attack, NBC had already issued official apologies for every one of the hit comedy's past 450 episodes that may have offended any individual living anywhere on the planet. "We are also changing the opening to the show. 'Live from New York,' might be interpreted as some kind of joke," Michaels said.

"What Do We Tell The Children?"
39 year-old, Karen Simmers, a housewife from Coronado California, has laid down the law for TV viewing at home. "For years, I have forbidden the children to watch TV after dinner because of the incredible violence shown on the networks. But in the case of this national tragedy, I made sure the kids watched every single news report I did. We all saw the crash of the plane into the South Tower, over and over, from every angle possible. The blood, the bodies falling, it's all part of their education. I don't want them to ever forget what it means to be an American."

"Flags Rise to Occasion"
Now that the "official mourning period" is over, state and government agencies have been instructed to raise all American flags from their current half-mast positions. However, no specific instructions were given regarding the flags flown by civilians and many SUV owners were frantically trying to reach their local representatives at presstime.

"Take That Hamid"
In related news, Serge Over, an Arab-American, was beaten senseless by an angry mob in Simi Valley, CA, after the 29 year-old car wash attendant accidentally shredded the three-by-five foot antennae flag of a Sylmar man. "I never served in 'Nam because of my heart problem, so it was good to get my kicks in this time," one of his attackers admitted sheepishly.

"And Your Music Sucks Too"
An early morning American Airlines flight from Houston, bound for L.A., was stopped on the runway, short of takeoff, after several passengers overpowered and pummeled a beady-eyed man in a white beard who was acting suspiciously. When informed it was all a case of mistaken identity, one passenger lamented, "How were we supposed to know it was Willie Nelson?" 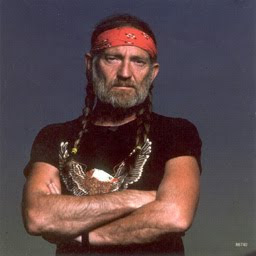 "You're Not My Homie"
In a move sure to brighten stockholders of Verizon Wireless, the L.A. Public Schools have pushed to revoke the current ban on cell phones. Apparently, to aid crisis communications should an entire high school be hijacked, teachers want the kids to be able to contact both their crack dealers and law enforcement agencies.

"Feel My Pain"
A man who had a tiny replica of an American flag tattooed on his penis was treated and released at a Denver hospital after suffering from swelling and acute pain. "My pride in America still grows every time I touch the flag," said plumber Richard Long.

"Criminals Shut Out Of Healing Process"
The blanket media coverage of the terrorist attacks has left criminals who are in desperate need of attention feeling left out. California, which was averaging one sensational mass murder per week, prior to the WTC attack, has seen a sharp decrease in crime. Suddenly it takes quite a bit to make the evening news. A spokesman for the California Highway Patrol confirmed reports that angry citizens have been calling, demanding to know when the airspace restrictions will be lifted, allowing TV news copters back into the skies. "One guy actually asked me, 'Why should I bother smoking crack, stealing a car and getting into a high-speed pursuit if no one's gonna watch?!"

"Nation Cancels Sex"
"I have a headache because of the terrorist attack," has been the number one reason wives have begged off sex, according to a report just published in the New England Journal of Medicine.

"Towering Inferno To Be Re-released"
In a move that stunned cinema buffs, famed disaster-film producer, Irwin Allen, has announced plans to re-edit and re-release the special DVD version of his 1974 classic, "Towering Inferno." All scenes of the burning building will be removed and substituted with outtakes from "Smokey and the Bandit 2."