Remembering the King
of Gonzo Rock
September 8, 2003
By Brian Bentley 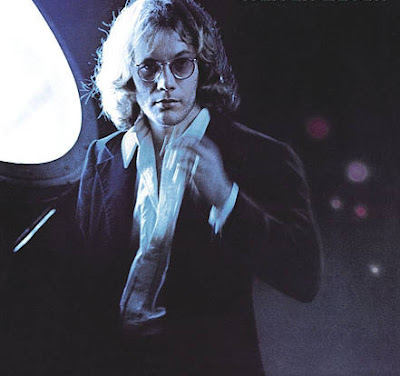 Warren Zevon died Sunday. He really had a dramatist's flair for milking every second of his final year and why not? It was his duty to do so. An artist writes about what he knows and Zevon certainly knew plenty about the Grin Reaper. He was arguably the most wickedly funny and intelligent writer to ever employ the pop song medium. Left in the shadows by his commercially successful, 70's L.A. peers like the Eagles and Linda Ronstadt, Mr. Zevon found the shadows to be a far sunnier place to inhabit.

A former band leader for the Everly Brothers, Zevon’s first solo album, Wanted Dead or Alive, was produced by Kim Fowley. Almost from the get-go, his writing reflected the classic themes of hard-boiled fiction. Many of the songs stung from romantic loss – while violence, guns, lawyers and money shot through his worldview. The definitive record that Zevon never made could have been titled, “The Collaborator,” since there were few musicians in his genre that he did not make music with. His door was always open for a jam session and he nurtured working and personal ties with R.E.M., Neil Young, Bruce Springsteen, Tom Petty and Fleetwood Mac.

Zevon shone brightest when facing the darkest elements of the human experience. He turned every three minute song into a rock noir novel. "Accidentally Like a Martyr" and "I'll Sleep When I'm Dead," take depression and loss and celebrate their absurdity. "Roland the Headless Thompson Gunner," follows the exploits of an already dead mercenary betrayed by his own government. Headless and wandering the fields of war at night, Roland tracks down the man who blew his brains out. It was rich rock and roll and classic literature combined – a Topanga Canyon Raymond Chandler on peyote and Stolichnaya.

There were seldom happy endings to his stories, only darkly fitting ones: "The eternal Thompson gunner, still wandering through the night/ Now it's ten years later but he still keeps up the fight/ In Ireland, in Lebanon, in Palestine and Berkeley/ Patty Hearst heard the burst of Roland's Thompson gun/ And bought it."

Death was Warren Zevon's friend and companion to the very end. Diagnosed with terminal lung cancer and given just three months to live, he stretched it to 12 of the most productive 30-day chapters a dying sonofabitch could ask for. On October 30, 2002, Zevon was featured on The Late Show with David Letterman as the only guest for the entire hour and spoke at length about his illness. With typical arched eyebrow, he dryly noted "I might have made a tactical error in not going to a physician for 20 years." Gonzo to his final wheeze, Zevon's fierce and biting political incorrectness made him the musical misanthrope equivalent of lone wolf writers like Hunter S. Thompson (a close friend) and Charles Bukowski.

Warren’s recent poignant and grim video documentary about the making of his final album was a brittle, funny farewell to friends and fans and set rating records at VH-1. That album, The Wind, broke into the Billboard top 20, which suggests his legacy will outlast that of his mentor, Jackson Browne. Zevon was no great pretender. Far from being just another Dead Rock Guy, he stands for so much more. Even in his fatalistic, soul searching approach to his own end, the blunt honesty and sheer balls of Zevon's last music lifted him up from his hospital bed to a loftier height – to a place where life can no longer bring you down.

Posted by Brian Bentley at 9:58 PM